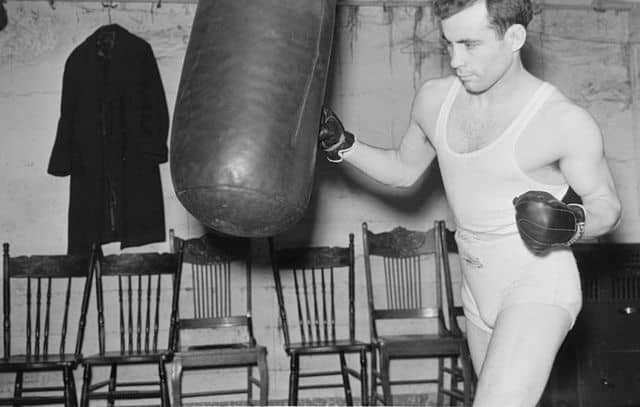 Have you ever tried to analyze a boxing statistic but couldn’t understand what it means?

We’ve all been there. Well, boxing competitions are always analyzed using different statistics. Such statistics make it easier for you to examine the performance of a boxer, too. In some situations, it might be rather challenging to understand what a statistic means, especially if you are not used to such stats.

However, once you get some insight into different statistics, it becomes easier to analyze the performance of a boxer.

In this post, we are going to take you through different statistics, making it easier for you to comprehend what each statistic represents. We’ll also give you some insight into the stats of different boxers. Let’s dive in, shall we?

As the name hints, power shots are powerful and heavy punches, which can knock down or injure an opponent.

Some power shots can score points for a boxer. In most cases, jab punches might not be categorized as power shots because they are light. Apart from that, jabs might not have a huge impact on opponents.

However, some boxers, especially heavyweight boxers can throw powerful jabs, which can knock out opponents fast. Some of the most powerful punches in boxing include the right cross, the hook, and the uppercut. Most boxers usually combine the jab with power punches to knock out their opponent.

Not to mention, the left hook is one of the most powerful punches, which can knock out an opponent. Mike Tyson’s left hook knocked out many boxers. Roy Jones is also an example of a boxer who had vicious and powerful left hooks.

In most situations, fighters who throw a combination of heavy punches are more likely to score more points as compared to fighters who use the jab to distract their opponents while throwing a heavy punch. Picture this; one boxer throws a jab followed by a power shot, while the other boxer throws a hook followed by a vicious uppercut in a boxing bout. The boxer who throws two power shots is more likely to lead a round as compared to the boxer who throws a jab and a power shot.

With a total of 1848 punches in ten rounds, Jesus Soto-Karass is a retired boxer who holds the record for the highest number of punches thrown in a bout.

Since most boxers have different boxing styles, the punch totals might not be enough to determine whether a player is good. A player can throw many punches in a bout. However, only a few punches can land on the opponent to score enough points to lead a round.

A boxer like Deontay Wilder doesn’t throw a lot of punches in fights but relies on clean shots to knock down his opponents. Tyson Fury, on the other hand, throws many punches to break down his opponents slowly in different rounds.

Apart from that, it is worthwhile to note that the average number of punches thrown differs from one boxing class to the next. Well, heavyweight boxing bouts usually have fewer punch totals as compared to bouts in other boxing classes.

Basically put, the percentage landed is a statistic that highlights the total number of punches that land on your opponent; this statistic also outlines the punching accuracy of a boxer.

Boxers with a high punching accuracy are quite good in taking advantage of opportunities, which make their opponent vulnerable. Floyd Mayweather is an example of a boxer who has a high percentage of punches landed. He has a 46% punching accuracy. Well, Mayweather has never lost a fight in his boxing career, and some of his success can be attributed to his punching accuracy.

It doesn’t stop there.

Since Mayweather is quite good at defense, only 16% of his opponent’s punches land on him.

Whenever his punching accuracy was compared against the percent punched by his opponent in bouts, the average percentage was always high. As a result, he always took the lead in most rounds.

While the percentage landed on the opponent can help a boxer win against his opponent, a boxer can still lose, even if he has a higher percentage of punches that landed than his opponent. If a boxer has a high punching accuracy percentage but doesn’t defend himself during a fight, his opponent’s punches will land on him.

This can affect the overall score of a boxer. Well, the punching accuracy works hand in hand with the percentage of punches that land on the boxer to determine the effectiveness of a certain boxer. Both stats complement each other.

In the heavyweight class, Deontay Wilder holds the record for the boxer with the highest knockout percentage — 93%. Deontay has won 42 fights out of 45 fights. Out of those 42 wins, Deontay won 41 times by knocking out his opponents. Since Deontay hasn’t retired from boxing officially, his knockout percentage may increase or decrease once he gets back in the ring.

Speaking of which, Rocky Marciano retired with an 87.8 knockout percentage after winning all his bouts. He had a perfect record of 49 wins, which consisted of 43 knockout wins.

Edwin Valero, the boxer with the highest knockout percentage (100%) in the history of boxing, fought in the lightweight and featherweight classes.

It is also worthwhile to note that technical knockouts can be included in the knockout percentage. If a player takes a serious beating, such that he cannot fight back, the referee can stop the bout once he realizes that the boxer is in a critical condition.

Additionally, if a player gets injured seriously while boxing, the boxing match can be ended immediately. In this situation, the opponents will win the fight via technical knockout.

Doctors and referees will analyze the boxer’s condition to determine whether the boxer can continue with the fight and defend himself.

5. Sections Where The Punches Land

To give you more insight into punching stats, the number of punches thrown by a boxer can be analyzed to highlight the parts that they landed on.

Such punches can be categorized into different groups, depending on the part of the body that they land on, such as the chin, nose, and jaw. Apart from that, punches are categorized as body punches.

Such statistics make it easier for you to understand the boxing style of a certain player.

For instance, Muhammad Ali’s punches always landed on the upper part of his opponent’s body. Mike Tyson also threw punches that knocked out his opponents after landing on the jaw. Punches that land on the chin and jaw can knock out an opponent much faster than body punches. Boxers who had high K.Os in their careers always targeted such parts.

Grouping punches into different categories gives you enough data to analyze your style. Most boxers usually throw body punches whenever they are close to their opponents. However, if you move around in a ring, you are less likely to get hit on your body.

As a result, this statistic is quite effective in analyzing your footwork tactics.

And there you have it, everything you need to know about boxing statistics. Boxing statistics are always used to analyze the performance of a boxer.  Not to mention, some statistics can also be used to score points in a boxing bout to determine the winner. Boxers with good stats often perform better than other boxers.

Statistics also can also make it easier to examine a boxer’s fighting style by bringing out his strengths and weaknesses. Something like power punch connect highlights the accuracy of power punches. 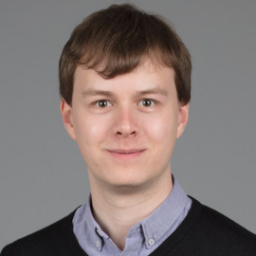